Which are the advantages of minimally invasive surgical methods?

Intra-ocular pressure (IOP) remains the only measurable and modifiable glaucoma risk factor and its reduction is one of the primary therapeutic weapons.

Achieving normal pressure levels usually stabilizes the disease, rules out the likelihood of blindness and improves the quality of life of the patient and family members. In the socioeconomic aspect, less topical therapy and fewer diagnostic tests will be necessary with a consequent improvement of physical and mental well-being.

To that end, after medical therapy failure, surgery is in many cases the next step.

Filtering surgery has evolved from unprotected sclerostomy techniques to trabeculectomy1 under a scleral flap, and to the most modern techniques of non-penetrating surgery (NPS - viscocanalostomy and deep sclerotomy)2, minimally invasive MIGS (shunts3, drainage implants4 and stents5) and of the Schlemm’s canal (SC-canaloplasty).

Except for the techniques that act specifically on SC (canaloplasty, stents, Trabectomo), the objective of the remainder is to obtain an artificial drainage pathway for the aqueous humor (AH) through a subscleral fistula and a subconjunctival vesicle.
Trabeculectomy, introduced in 1970 by Cairns, remains the most common technique and the gold standard of filtering surgery, but the aforementioned alternatives are gaining ground among glaucoma surgeons, with the emergence of multiple new techniques in the last years.

It is not possible to discuss here the indications for surgery, but we will discuss the evaluation of the risk factors for failure, and these are as diverse as: age, race, previous surgeries, uveitis, retinopathies, high myopia, allergy to topic drugs and long-term topical therapy. Their knowledge is key in the preoperative preparation, in the choice of the technique to be used, in the use of antimetabolites, in the choice of the type of suture and in the postoperative surveillance, since in these cases there is a chance of a more aggressive scarring.

Gonioscopy is also essential because it reveals the amplitude of the angle and the possible presence of angle anomalies.
Fundoscopy may reveal retinal pathology that may be aggravated by sudden decompression, which renders non-penetrating or minimally invasive techniques the most indicated.

In general terms, trabeculectomy consists of obtaining a scleral flap of ± 4x4 mm with approximately 2/3 of the total thickness, followed by entry into the AC in the anterior portion of the scleral bed with a 15º knife, excision of the scleral-trabecular block and underlying iridectomy to prevent pupillary blockage or occlusion of the internal ostium by the iris 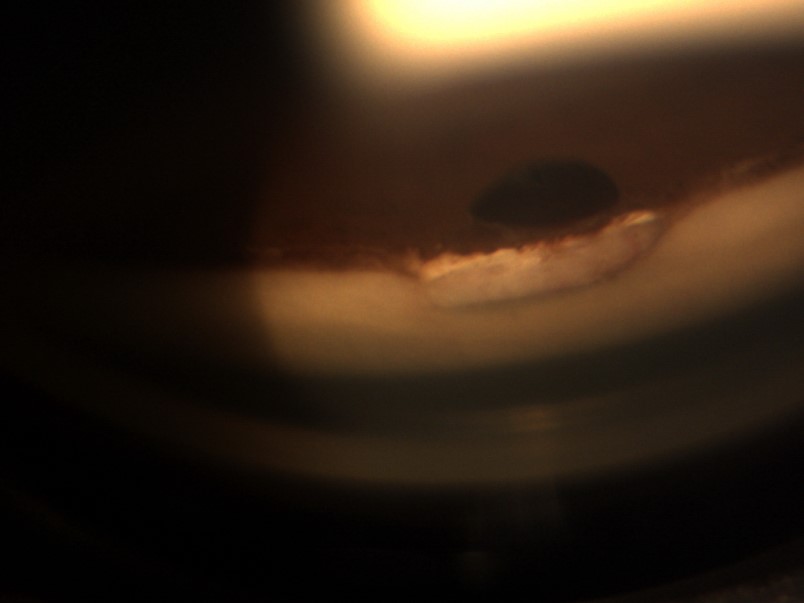 Comparison with other techniques

Then, where do the minimally invasive techniques differ? (MIGS)

Mainly in the surgical steps of the manipulation of the scleral-trabecular block and iris, since there is no tissue excision.
The ExPress shunt and the posterior drainage devices (Ahmed, Molteno, etc.) are inserted into the AC through a pre-incision made with a needle, resulting in minimal tissue trauma. In the case of the shunt an intra-scleral filtration vesicle is obtained and pressure control can be achieved with or without a filtering bleb. (Fig. 2)

In the case of devices, drainage is made for the valve plate.4

Both techniques, work as well as trabeculectomy with a scleral flap and a subconjunctival filtration bleb, but without tissue excision.

In the case of stents (iStent, Hydrus, XEN, etc.)5 implantation is done by an ab internal approach preserving the integrity of the conjunctiva and sclera.

The consequence is the lower frequency of intra- and postoperative complications, as will be seen later. 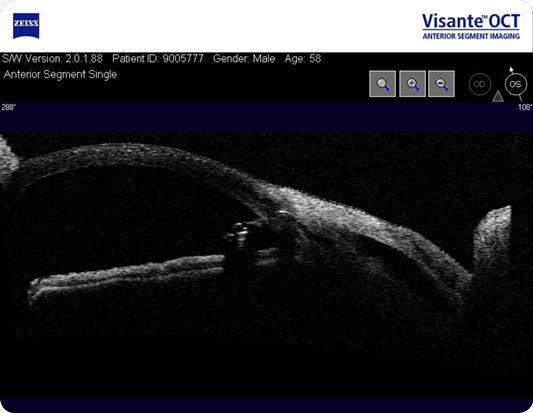 Fig. 2 - ExPress Shunt, the intra-scleral lake and the subconjunctival filtration bleb can be seen

Complications in the Trabeculectomy

Complications are related to the structures involved

Because in MIGS the iris is not excised, complications such as incarceration at the distal end of the tube with hyphema are rare, except in cases of incorrect placement. 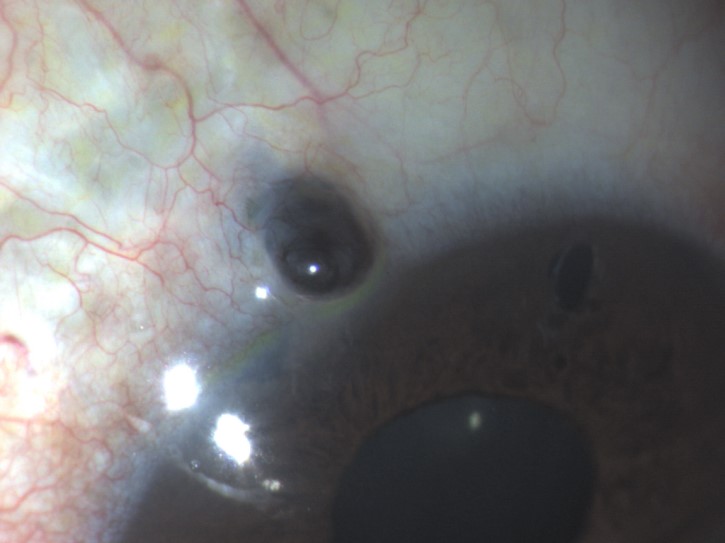 - other: lesion of the lens or ciliary body, cyclodialysis, loss of vitreous - non-existent in MIGS; athalamia, serous or hemorrhagic choroidal detachment (Fig 4) - also possible in MIGS. 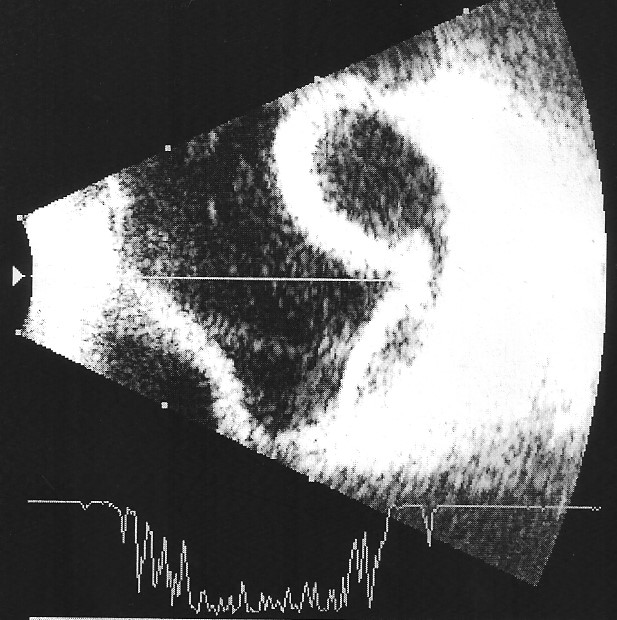 – Blockage of the sclerotomy by iris, ciliary body, vitreous or blood – non-existent in MIGS because this surgical step is not performed; however, as mentioned above, occlusion of the distal end of the tube by the iris or blood is possible.
– Very tight sutures
– Filtration vesicle fibrosis

Due to too much filtration - much less frequent in MIGS

Late Filtration of the Vesicle Failure

- Obstruction of the internal ostium – non-existent in MIGS
- Excessive scarring - much less frequent in MIGS and non-existent in the canalicular surgery techniques because their hypotensive efficacy is not based on the functioning of a filtration bleb.

MIGS, as well as NPS, were developed as an attempt to reduce complications related to penetrating surgery3 while maintaining a similar hypotensive effect, a goal that was undoubtedly achieved.

The subscleral accesses without tissue excision or ab interno without manipulation of the conjunctiva and sclera greatly reduced the surgical risks and the processes of fibrosis and healing.

New variants are emerging every year and hence the future prospects of treating our patients better are compelling.

Because of their characteristics, these interventions may be performed earlier and their range of indications extended to cases such as neovascular glaucoma, aphakia, Sturge Weber and uveitis.